123 eGuides are a series of authoritative guides published exclusively in electronic format to provide maximum value at minimum cost.

1 Minute Advice: Who are the Leaders in "Brand Intimacy"?

Brand intimacy, according to the marketing agency MBLM, is "a new paradigm that leverages and strengthens the emotional bonds between a person and a brand. In MBLM's Brand Intimacy 2018 Report, Apple is the leader in brand intimacy. The top ten brands in terms of brand intimacy are:

Brand intimacy isn't just about the relationship between a brand and a person; it turns out that the most intimate U.S. brands out-perform other top brands in the Fortune 500 and S&P. Managing partner of MBLM, Mario Natarelli, says “Brands that are optimizing content for our preferences dominated in 2017 by creating strong bonds and powerful connections. We expect this trend to continue in 2018.”

Marketers have enthusiastically embraced social media as part of their marketing programs. But those who primarily depend on social media for marketing should be aware of some recent studies which point to a softening social media market.

In March, a study released by Edison Research and Triton Digital shows a significant decline in Facebook usage by Americans age 12 or older, according to Marketing Charts. Total usage dropped to 62 percent this year from 67 percent last year, the first decline in ten years.

Also from Marketing Charts, a February report issued by Shareaholic shows a shift away from social media referrals back to search referrals. In early 2017, search regained the lead from social media as a referrer of traffic, according to the report. For the year, the leading six search engines drove 34.8 percent of measured site visits, while the top thirteen social networks accounted for just 25.6 percent. Google was the leading search engine. Facebook, the leading social network, was responsible for less than 20 percent (18.2 percent) share of visits by the second half of 2017. A year earlier, its share was 30.9 percent.

1 Minute Advice: Is Amazon the Future of Traditional Retail Too?

It is a given that Amazon runs the table when it comes to e-commerce. But their recent purchase of Whole Foods, as well as their experimentation with their "Just Walk Out Technology," suggests that the online behemoth has set its sights on traditional retailing as well.

According to Recode, Amazon now plans to open as many as six more such stores this year, with Seattle and Los Angeles the likely cities to get the stores. Reports Recode, "If successful, the initiative would help Amazon become even more ingrained in the daily lives of consumers and grab a greater chunk of the giant food and beverage industry that still predominantly lives inside brick-and-mortar stores."

All 123 eGuides Half Price Through March 10! 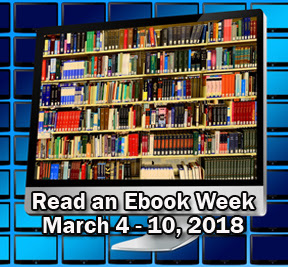 In celebration of "Read an eBook Week," every 123 eGuide is available this week for half price! Simply go to Smashwords.com, pick the title of the eGuide you want, and enter the code RAE50 when you check out to get your 50% discount.

Here are the direct links for each of the eGuides and their promotional prices: